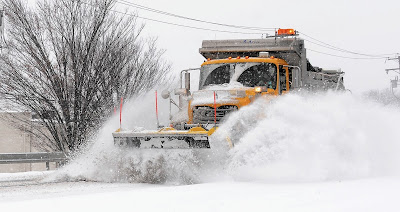 This is going to be one hell of a slop storm across Schuylkill County and surrounding areas. Yes, there will be enough snow to plow. Yes, there will be a lot of rain. Temps will also drop nearly 40 degrees once the storm moves out. With that said, let's dig into the details!

It's going to start out as snow. It's will fall moderate to heavy at times during the late afternoon and early evening SATURDAY. As of now, I can't see when this storm starts. Why? Models print out in 6 hour increments. At 1pm, it's not snowing. By 7pm, there's enough snow on the ground to shovel and plow. So if I had to give an estimate right now, I'd say after 3pm things kicks off. But that's just an estimate based on how fast I feel the storm is moving. If that's the case, it will snow at rates of 1" per hour. My recommendation is to get anything you need done (travel wise) before NOON on Saturday. This way you're home safe and sound before the storm decides to move in.

There will be a period of sleet and/or freezing rain. I'm not expecting much in the way of ice. In fact, very little if anything. But during the transition, temps will be borderline freezing. Travel will be dicey during this time.

Yes, it's going to warm up enough for this storm to turn into PLAIN RAIN. I do expect temps by 7am Sunday to be 40-45 degrees across Schuylkill County. As you head further South into areas like Reading, they could be flirting with the 50 degree mark!

Rain will transition to snow showers on the back side of the storm as the front moves through. I'm expecting that to move through the county during the mid-morning hours Sunday. Storm will wrap up before NOON Sunday.

Gusty winds will move in on the back side as well. This will make temperatures "feel" like 0 degrees around noon and down to 15 below zero by 7pm Sunday.

Snow totals (as of now) look to range from 5-10" before the changeover to RAIN. Since it's only Tuesday, these totals may go up or down.

Again, this is just my FIRST CALL on the storm.

It's going to be wild! Make sure you join me for the ride in my group Weather Talk: Schuylkill Edition on Facebook! 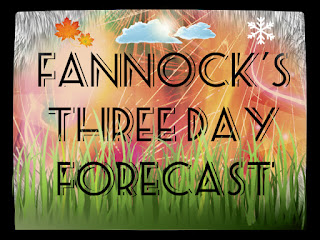 Sponsor: Synergy Counseling Services, LLC is looking for a licensed professional counselor/licensed clinical social worker to provide mental health services in an outpatient setting. You would be an individual practitioner renting space. Please call 570-875-2271 for more information or fax your resume to 570-276-2098. We are located at 123 W. Main Street, Girardville, PA 17935.

Thursday Night - Snow kicks off between 8-10pm. Light to moderate snow will be with us throughout the night. Snow totals will range anywhere from 2-4" across the area. Low: 27