Thanksgiving Update regarding our next storm 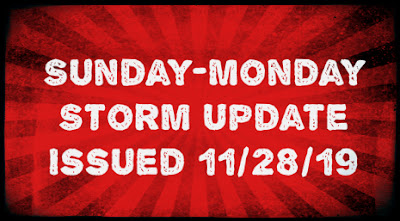 This storm is a wild one to track...

Happy Thanksgiving everyone!! I hope you had a fantastic day with your friends and family. My favorite part was some locally bought kielbasa. Yum! Now that my belly is full, I absolutely had to sit down and look at the weather models. With that said, I can't stop smiling over the latest run of the EURO. First, I'll say the GFS is out to lunch lately. Earlier in the week it had a good handle on things. But lately I'm just not understanding what it's printing out. So I'm going to focus on the EURO with this update. Why am I smiling? Because everything I said in my article yesterday is written in the latest EURO run.

If you missed that update, I told you that ya gotta look deeper than just model runs. Ya gotta look into past storms as well. With a setup like this, I really think the coastal low is going to get fired up a bit further South than models were/are projecting. The EURO took that swing SOUTH today and I'm going to show you a bunch of images below. Are you ready? I'm going to time it out for you and also show projected ice/snow maps at the end.

1:00AM Sunday
Huge precip field moving towards PA
With that said, your Saturday will be dry
and most of early Sunday morning will be too 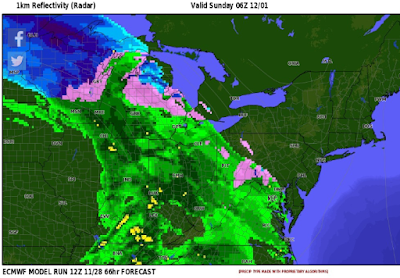 7:00AM Sunday
Snow is starting to move into Eastern PA 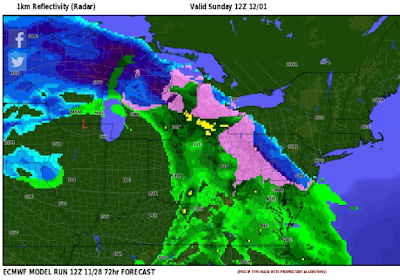 1:00PM Sunday
You can see an L in the Southern Great Lakes. This L shows the central area of low pressure. This is what I'm calling the "parent low" because that L is going to transfer it's energy to the coast. This is where we'll start to see a COASTAL STORM forming. 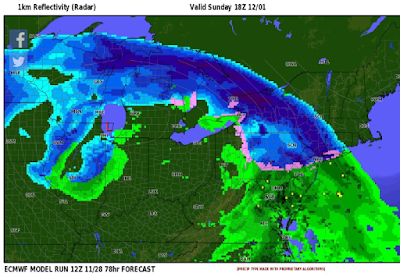 7:00PM Sunday
The L is now located off the coast of Virginia. See, this is what I was talking about since yesterday! The L forms much further South than previous model runs were projecting. This shift is what could bring more heavy snow to Eastern PA. Also, as the coastal storm gets it's act together, a lull in the precipitation is forming over Eastern PA. So we'd go several hours without any precipitation because of the transfer of energy. 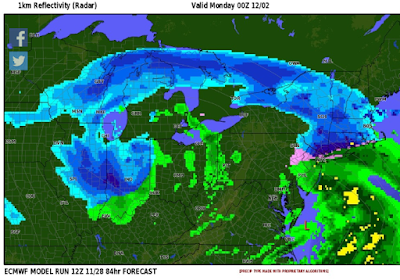 1:00AM Monday
Moderate snow is starting to build into Eastern PA 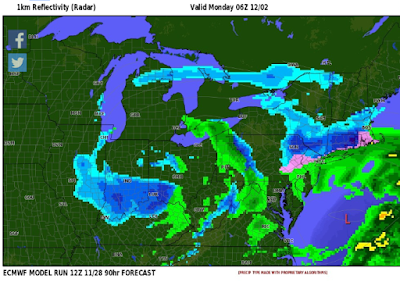 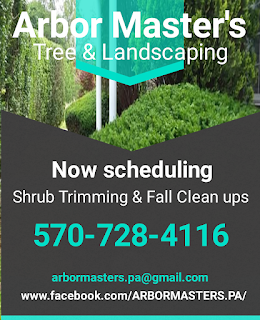 7:00AM Monday
Check out that heavy snow in Eastern PA thanks to the coastal storm! This could get wild! 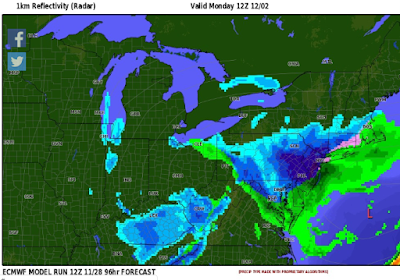 7:00PM Monday evening
Storm is moving out of the area
Break out the shovels! 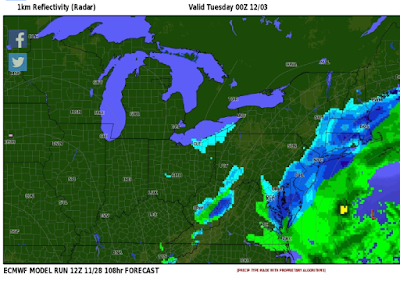 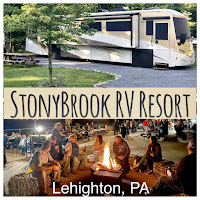 EURO projected ICE totals
In Eastern PA, most of the ice is south of Schuylkill County EURO projected SNOW totals
If you're reading this from Schuylkill County, the EURO says you'd see about 6-9" of snow from this event! This is due to the coastal storm forming further South. It's almost like the Europeans looked at my article from yesterday and said, "Today's EURO run is for you Ryan!" HAHA 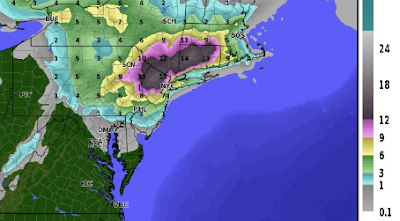