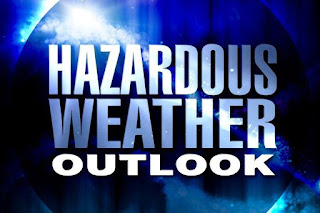 I'm starting to gain some confidence on a forecast with the Sunday into Monday event. Earlier in the week I'm sure you saw some crazy snow maps showing a blizzard. As you know, I did not share those maps. I did post what a Miller A storm typically looks like. This one in particular is a bit different though. It's got Miller A characteristics, but the center of the storm will move over PA instead of over the coast or ocean. With that said, here's what to expect:

Snow moves in between 7pm and 10pm on Sunday. It won't snow very long. Earlier in the week it looked like it would snow for the majority of the storm. Now I'm seeing signs of sleet/freezing rain to mix in between 11pm and 1am across the area. Then after 1am, areas further south will warm above freezing which will stop rain drops from freezing on surfaces. Thus, plain rain. Everyone should see plain rain by 3-4am at the latest.

There may be a break in the precipitation. I could see a dry slot moving in during the early morning. I'm watching the potential for some back side snow showers as the storm moves away. This would occur late morning or early afternoon Monday.

1-3" is looking like a good bet for most of the area. Lowest amounts further south where rain moves in first. Highest amounts, maybe exceeding 3 inches, possible in the higher elevations such as Hazleton.

I do not see this being a long duration ice event. Like I said earlier, plain rain will be moving in during the night. But before that does happen, I could see a glaze to maybe 0.2" of ice.

If you don't stay up to measure the snow before the changeover, chances are most of it will wash away before you wake up Monday morning.

As always, this can change. We all know how terrible the models have been. This is my best attempt at the current moment. Have a good night!